Archive for the tag “Cinema”

Make Your Own Movie: Umberto Eco

In 1993, with the final, complete adoption of video cameras even in the offices of the national registry, cinema both commercial and underground was in real trouble. The prise de la parole had by now transformed movie making  into a technique within everyone’s reach, and everyone was watching his or her own film, deserting the movie theatres. New methods of reproduction and projection in cassettes insertable into the dashboard of the family  car  had  made  obsolete  the  primitive  equipment  of  the  avant-garde  cinema.  Numerous  handbooks  were  published  on  the  order  of  Be  Your  Own  Amonioni.  The  buyer  bought  a  “plot  pattern, ”  the  skeleton  of  a  story  which he could  then  fill  in  from  a  wide  selection of  variants.  With  a  single  pattern  and  an   accompanying  package  of  variants  an  individual  could make,  for example,  1 5 , 74 1  Antonioni movies.  Below  we  reprint  the  instructions  that  came  with  some  of  these  cassettes.  The letters refer to the interchangeable elements.  For example, the basic  Antonioni pattern  (“An  empty lot.  She  walks  away”)  can  generate  “A  maze  of  McDonald’s  with visibility  limited due to the  sun’s glare.  He toys for  a  long time with an object.”  Etc.

A young polio victim x of very rich Y parents sits in a wheelchairz in a villa n with a park full of gravel. k He hates his cousin, s an architect w and a radical, q and has sexual congress e with his own mother b in the missionary position, v then kills himself f after first playing chess a with the farm manager.j

The Baroness, a a Hanseatic b lesbian, betrays her male lover, c a worker at Fiat, d reporting him e to the police. f He dies g and she repents h and gives a big party, i orgiastic, l in the cellars of La Scala m with transvestites, n and there poisons herself. 0

Excerpts from Umberto Eco 1993-1972,  Misreadings, Translated from the Italian by William Weaver. 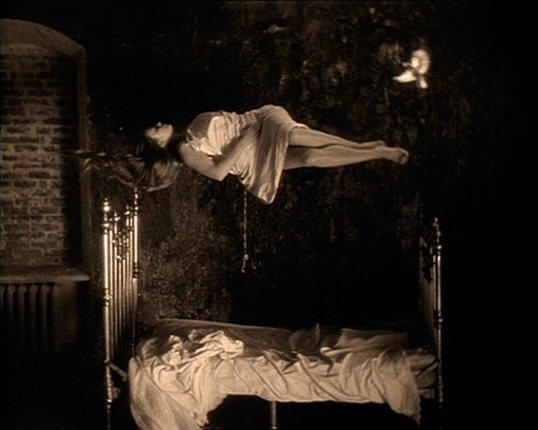 There are a few auteurs in cinema who have tried to realize, to reflect, the denseness of the continuum and the non-linearity of time thus preparing a ‘bildungsroman’ of space-time in which the subject is embedded. I prefer to call such cinematic consequences, ‘Cinema of Continuity’. When talking of space it is impossible to shun time. Time, which is not linear in this context. To my awareness Andrei Tarkovsky is the best artist of space time . He reflects ” History is not time ; nor is evolution, they are both consequences. Time is a state; the flame in which there lives the salamander of human soul.” He has a method to understand it ” Cause and effect are mutually dependent……Cause and effect are in moral sense linked retroactively and then a person does as it were return to his past”. He once envies the Japanese that they have ‘mastered time aesthetically’ through ‘Saba’ (a nuance, a sign of age) and he yearns to do so in his cinema which can be apparently seen in his ‘ The Mirror’ (1975). As for as space is concerned he goes on ” ..through the image is sustained an awareness of the infinite, the eternal within the finite, the spiritual within matter, the limitless given form..”. In Andrei Rublev (1966) we can see his exploration of this latter claim, that beautiful long sequence where the bell is being cast in the backdrop of  the Tatar invasion. Tarkovsky further plays with the metaphysical notion of a loop through panning shots beautifully creating some short of magical moment in almost all of his films (specially in Solaris, The Mirror, Andrei Rublev). Beautiful selection of non-diegetic music adds to the magic of dream logic and extraordinary spatial moments such as levitation shots. The long takes are such that you do not want to come out of it though materially not much transpires, spiritually you belong to it , be it, with the subject in question. It rarely happens otherwise. You want to live that moment, that cinematic fact which turns out to be a ‘hieroglyphic of truth’, artistically.

The second auteur is a master of space and space alone. There is a sense of timelessness in his films. The man who as it seems wants to depict the ancient Greek paradoxes of dichotomy in his single shot-extreme long takes and tracking shots. None other than the Hungarian director Béla Tarr. And what is meant here by Béla is his works post Öszi Almanach (1984) and since Kárhozat (1988) till A Torinói Ló (2011), reportedly his last film. Though single shot-long takes and tracking shots have a history, best example being Kenji Mizoguchi (for example his the Last Chrysanthemum, 1939. who had a mastery over it, but what Béla does to it is embedding some kind of haunting dark force by ceasing utterly the camera movement for a while during the extreme long takes with slowest possible movements, accompanied by natural white noise apposite to the cinematic ‘incident’ in question. Then there are the close ups of faces in a manner as if the camera is trying to perceive the story of that being. Space itself is the principal character, the protagonist of his films and its character is not already formed but is evolutionary, being built piece by piece, the retrospect added continuously consequence of which is a sense of shock, a catharsis when the space is finally redeemed in/by the infinite, eternity, and the cinematic process is culminated. 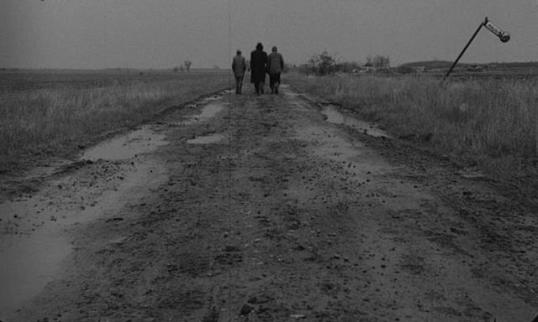 One might wonder that while writing about these two I have completely ignored individual films of theirs and thereby have ignored the individual themes or stories of those films. To that I would say, that is not important here and therefore the advertent selection of the term ‘auteurs’ and not directors. Further, Stanisław Lem’s futuristic Solaris is not as appealing as the aesthetically appealing and more humane Solaris of Tarkovsky or reading Roadside Picnic will not set the visuo-metaphysical plain prepared in Stalker. On a different level though László Krasznahorkai is a brilliant novelist and a collaborator of Béla with his Az Ellenállás Melankóliája and Sátántangó it is a pleasure to watch Werckmeister Harmonies or Sátántangó (the film) than to read the aforesaid novels they are based on. The novels concentrate upon the concepts, the linguistics and the philosophical problems sui generis to literature and though they set the stage for the drama they fail to appropriate the space the way cinema would do.

Aditya is a post graduate  in Economics from Delhi School of Economics. He can be contacted at adibrasco@gmail.com.

Arirang(2011)- A Self Interrogation by a Legendary : Kim Ki Duk 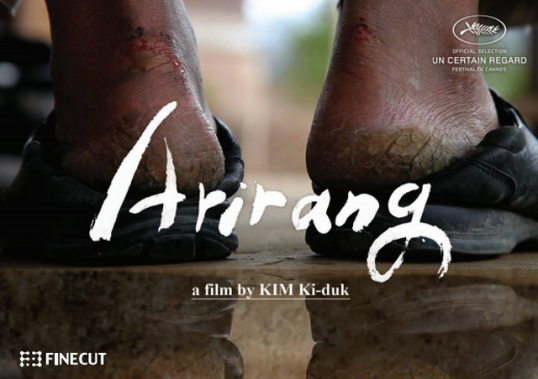 (Arirang a 2011 South Korean documentary film by Kim Ki-duk. The film addresses a personal crisis Kim went through, sparked by an incident during the filming of his previous film, Dream, where the lead actress nearly died by hanging, and by the departure of a couple of close colleagues.) 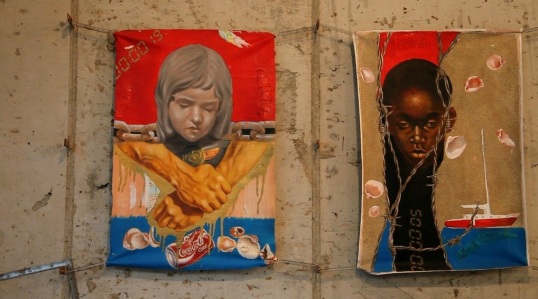